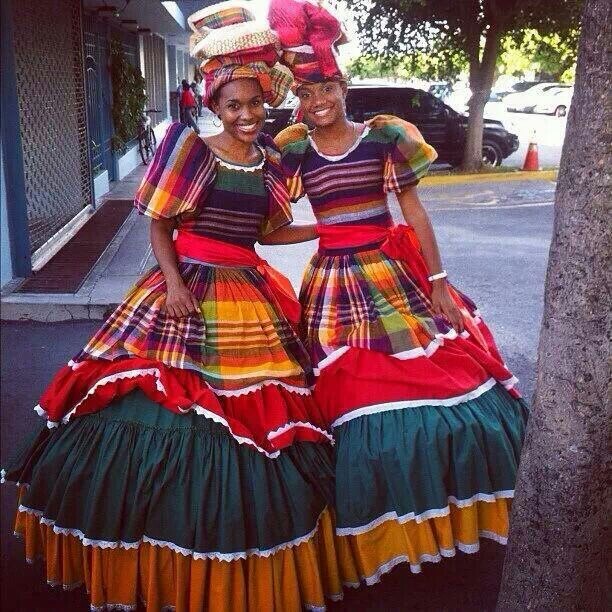 What Was the General Style of Traditional Jamaican Clothing?

The style of Jamaican clothing has not changed tremendously over the years. The culture creates a fashion that is vibrant, bright, organic and earthy, light, and airy. Because of the tropical locale, Jamaican clothing is focused on comfort and ease.

Men and women alike wore organic fashions, with traditional slippers being made from leaves and grass. Later on, Jamaicans would wear “wompers,” which consisted of rubber or plastic sole and rope that tied them to the feet. Common materials used for clothing included cotton, calico, and burlap. They would wear hats or headbands to keep their hair contained and the sun out of their faces. These headpieces were considered more than ornaments since the traditional hairstyle for men and women included dreadlocks or tight-braids.

Women’s fashion today is much like traditional Jamaican clothing; consisting of a long dress/skirt and blouse, headband/bandana or hat, and shoes. The dress or skirt covered most of the body and was usually ankle – or calf -length. Sleeves could be long or short, but the collar was always modest.

Unlike men, women’s everyday clothing was bright and colorful. As a show of wealth or on special occasions, skirts could be tiered, ruffled, or made with additional fabrics. Women’s clothing was meant to be much more comfortable than other traditional cultures that favored appearance over comfort.

Traditionally, men would wear loose pants/trousers, a short-sleeved shirt, belt, hat, and shoes. It was common for men to roll their pants up while working or in extreme heat. The everyday outfit for Jamaican men was not too colorful since it was used more for comfort and function. The belt may have been leather, fabric, or even rope. It was also common for men to wear hats that were wide-brimmed and made of straw, for protection from the sun.

The traditional pattern for Jamaican clothing was (and still is) considered the red/white plaid pattern that can be seen on most festive occasions. That wasn’t the only colors they wore however since the colors of the fabrics became symbolic of the Jamaican spirit. Traditional Jamaican clothing could be both colorful and bright, or light and airy. Bright reds, greens, and yellows were used to represent the spirit of the people.

What Outside Forces Influenced Jamaican Clothing? 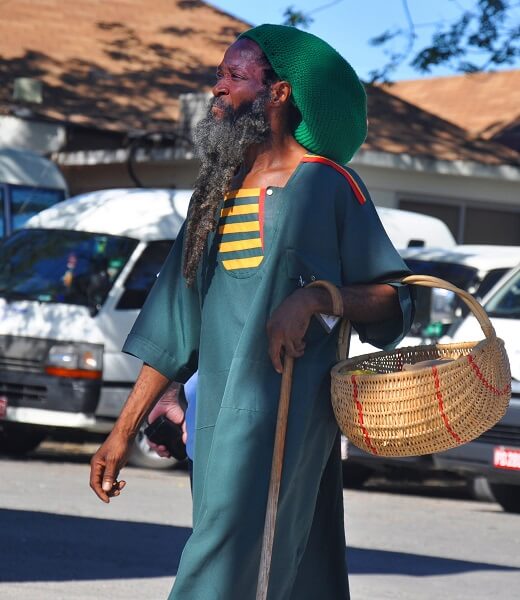 Jamaica is rich with history and has been influenced by a wide variety of things over the centuries. These influences gave Jamaica its truly-unique culture: modest but laidback and colorful yet calm. Jamaica was strongly influenced by Spanish culture first and then British culture as an English colony. There is also an amazing blend of African, Asian (seen in their bandanas and headbands), and unique Rastafarian influence as well.

Traditional Jamaican clothing is blended out of native and foreign influence. The natives (Arawaks and Tainos) were there for thousands of years before they were joined by Africans around the 1500s when the colonists began bringing over slaves to their new colony. Over the centuries, it has become a melting pot for immigrants and refugees fleeing oppression as well. The language, food, fashion, and traditions would mold together English, African and Asian influences. 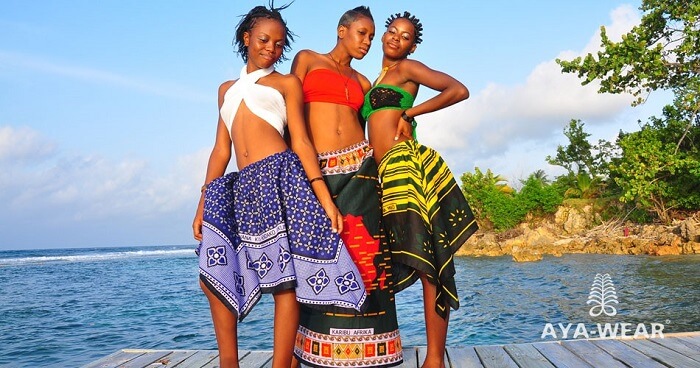 Like most other tropical cultures, the climate had a significant impact on traditional Jamaican clothing. It is consistently warm and humid there, so the general theme of the fashion was breathability and comfort. Jamaicans needed clothing that would keep them cool and comfortable; creating fashion out of lightweight, airy linens and cotton.

Was Modesty a Consideration with Traditional Clothing?

Jamaica’s view on the correlation between modesty and fashion can seem slightly backward, considering the main goal of traditional clothing appeared to be comfort and breathability. But because of the strong influence of British rule, traditional Jamaican clothing sticks to an acute sense of propriety, regardless of the heat.

Most clothing may have been made of a material that was airy, but the island people were fairly conservative when it came to the amount of skin that should be shown. Most people were modest and did not show much skin. Women wore long skirts, men wore long pants, and both would wear shirts long enough to roll up. The collars on women’s blouses were high-cut and never showed too much skin, and the fit of the blouse was loose and relaxed.

What Did They Wear for Special Occasions?

Men would sport white trousers and white/pale shirts during festive times, though many celebratory costumes would include red/white plaid shirts for men and dresses for women. Men would also wear a black coat/jacket; as well as their straw hat. While many cultures frown on hat-wearing for special occasions, the straw hat/headdress was considered obligatory.

The festive dress for women, dancers, and musicians is called a “bandana skirt” or “quadrille dress.” The skirt is long and wide, and it is accompanied by a ruffled blouse and headband. They can be various color patterns, but the traditional plaid pattern is seen the most. This traditional Jamaican clothing is still worn today.

The culture of Jamaica is relaxed and beautiful, but also passionate and vibrant. Their unique style has influenced fashion all over the world and has become an inspiration to many. Traditional Jamaican clothing gives us a glimpse into the history of the Jamaican culture, the influence of their past, and the possibilities of their future.