A Short History of Dreadlocks, the Prehistoric Hairstyle 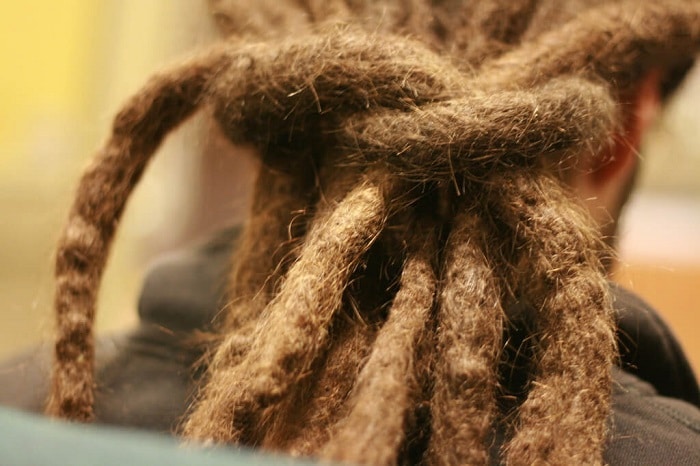 The documented history of dreadlocks starts back about 3,600 years ago, in the Minoan civilization, Crete. Later, Julius Caesar said Germans had hair like snakes. The first dreadlocks have not been historically documented, though. Scientists assume prehistoric humanoids naturally developed dreadlocks.

Dreadlocks were later seen in many other cultures, including Indian sages and Hindu yogis who found refuge in the Caribbean islands – but more on that later. Dreadlocks have different significance across many cultures, but they have one thing in common: they are a spiritual journey that teaches patience.

Check Out These Accessories

History of Dreadlocks in Ancient Times

Sculptures from the Archaic period of Ancient Greece depict dreadlocks men. Magistrates from Sparta followed this archaic Greek tradition, too, and braided their hair in long locks. Aztec priests kept their hair untouched, long, and matted. So the dreadlocks were worn way back in Ancient Greece, Hindus and Israelites Cultures. Historical data and notes predict that locks can be traced back to 2500 BCE.

Shampoo and Wax for Dreadlocks

During the African Trade Slave error, let’s say between 1600 – mid 1800s, slaves were not able to groom themselves because they were all shackled up. Slave owners were known to call the slaves dreadful looking as a result of them not having the access to any type of grooming. This resulting in the term dreadlocks and would unconsciously place a negative thinking with people wearing their hair into a locks hairstyle.

Over the year locks has become a popular hairstyle and are widely worn by all different races and cultures. The description on how locks are viewed is based on who is wearing it. For example, when the locks are worn by a Rastafarian due to his religion, he’s referred to as a Rasta. The belief is that the locks prevent energy from escaping through the top of the head and keeping their strength. Whereas, when the locks are worn by others and not for religious purposes, the style is referred to more as dreads and dreadlocks.

Significance of Dreadlocks in Ancient Cultures

In many cultures, some would say dreadlocks are a statement of disregard for physical appearance and earthly possessions. But for the group that practice the culture and the religion they would argue that their appearance represent and symbolize their focus and belief in their religion. The Rastafarian Religion teaching, defines ones spiritual growth and love for others.

The major focus does not gloat riches, instead to move away from vanity and physical European appearances. Their outward appearance should embrace their African Culture and religious belief. Rastafarians believe their dreadlocks are a sanctuary for physical, emotional, and spiritual strength. It’s part of the Rastafarian movement that centered around Ethiopia and the Emperor Haile Selassie I. Their locks symbolize the main of the Lion of Judah. The association with Ethiopia and Emperor Haile Selassie, a direct descendant of King Solomon and Queen Sheba through their son Menelik I, gave liberation to the Rastafarian movement. 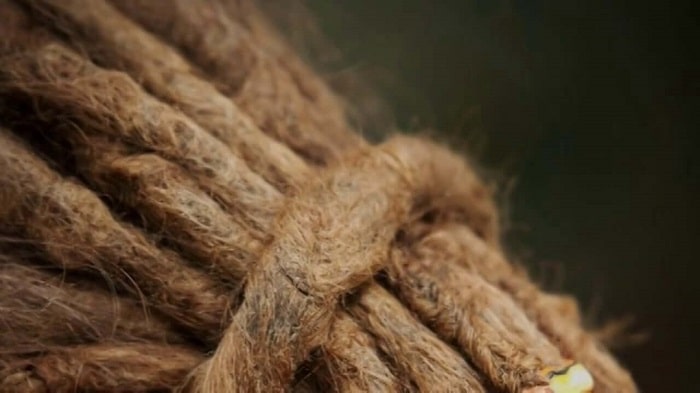 The oldest documented examples of dreadlocks come Egypt, with Tutankhamun and other rulers. His mummy still wears the dreadlocks, more than 3,300 years later. There are also plenty of illustrations that prove signified a high social status. Many considered dreadlocks attractive in the Egyptian culture.

Various African ethnic groups wear dreadlocks of different styles. Across cultures they mirror social status or certain talents. Warriors of the Maasai tribe, for example, wear long, thin, red locks of hair. In other cultures, shamans keep their long, in locks, yo distinguish themselves. Some Nigerian children are born with natural locks of hair and are called Dada. Priests from the Yoruba culture wear dreadlocks.

In medieval South Asia, many esoteric Buddhist rituals required the participants to have dreadlocks. Tibetan and other forms of Buddhism, however, substituted dreadlocks with shaving their heads over the years. They see hair as an excessive attachment, a material vanity even. 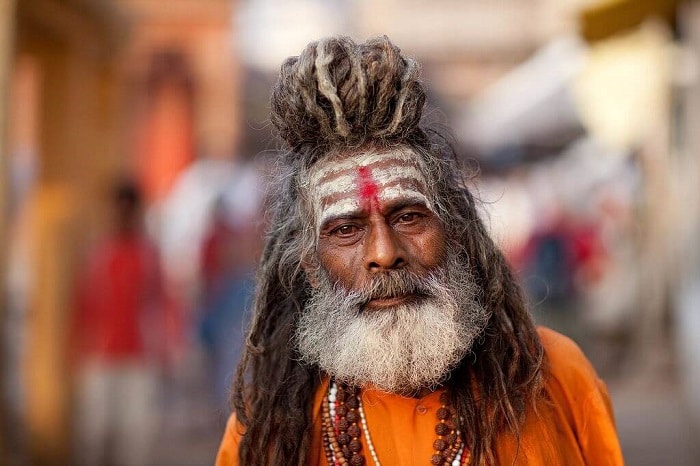 The Aztecs in Central America only considered high ranking priests worthy of this hairstyle. Once a man entered the priesthood, his head was shaved. The longer the locks of hair, the more experienced and powerful the priest.

At least 7 of the most important figures in the Abrahamic religions wore dreadlocks. The Hebrew Bible’s Book of Numbers has an oath that asks followers to display their devotion by not cutting their hair:

„No razor may be used on their head. They must be holy until the period of their dedication to the Lord is over; they must let their hair grow long.” – The Nazarite Vow

It also required to abstain from alcohol and grape products and not to come in contact with corpses or graves. This part of the bible had an impact on how the Rastafari movement developed in the 20th century. In fact, it might very well be the source of dreadlocks in the Rastafarian culture.

The History of Dreadlocks & their Significance in Jamaica

The Rastafarian culture quickly incorporated the piety of the abovementioned yogis and their knotty hairstyle. However, unlike eastern yogis for whom the locks were not a priority, Rastafarians highly valued theirs. The religious Rastafarians do not believe in putting any type of razor blade or scissors to their face and hair. 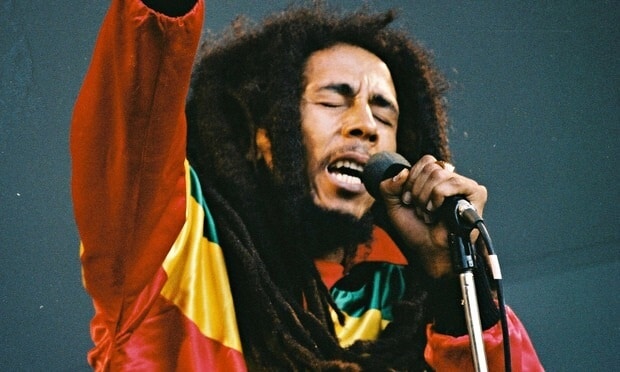 This hairstyle appeared after Jamaica’s emancipation in 1838. Rastafarianism appeared on November 2nd, 1930, in Jamaica – almost 100 years after the emancipation. Those who grew their hair in dreadlock did so to defy the Euro-centrism forced on ex-slaves. People were also calling the dreadlocks look dreadful, but the term later evolved to the current international term dreadlocks. Jamaicans, however, also call people with locks Natty Dreadlocks. These people grow their hair into locks but they are not necessarily part of the Rastafarian Religion. In Jamaica, most religious Rastafarians do not like to be referred to as dread or dreadlocks. Some Rastafarians go as far as to say, “Dread do dreadful things, Mi a Rasta.”

The Significance of Dreadlocks in the Rastafarian Culture

For Rastafarians, growing their hair into dreadlocks is part of the Nazarite Vow. The locks hair was inspired by the Bible’s Nazarites – specifically, Samson, who realized that cutting his hair was a weakness, together with untrustworthy women. The Rastafarian belief is that the religion was inspired by the Bible. Ras is an Ethiopian title given to people with royal blood. So when Ras Tafari Makonnen took the throne in 1930 as Hale Selassie I, the movement grew in Jamaica. He was the almighty, the Black King which Jamaican first National Hero, the Honorable Marcus Mosiah Garvey talked about fifteen years earlier. He said, “Look to Africa for the crowing of a Black King; he shall be the redeemer.”

While the Emperor never regard himself as God, during many Rastafarian reasoning, round table discussion, chanting or whatever term one chooses to use, they will tell you that in the Bible in the Book of Revelation 22 it says, “I will send my Angels to say unto the seven churches, I am the root and the off spring of David.” So even though he never professed himself to be God, never the less he was the profit Marcus Garvey talked about and the Rastafarians were ready to receive him as, “The Almighty.”

There are some people who dreadlock their hair in honor of the Lion of Judah, a tribe that descended from Judah. In addition, the lion is the king of the jungle, a gentle but powerful creature. Many consider the history of dreadlocks part of the Rastafarian culture, but this oversimplifies the matter in question.

They believe bodily, mental, and spiritual energies enter and exit through the top of our head and hair. Rastafarians believe the knots trap the energies and conserve strength and health. The Rastafarian Religion continues to promote vegan style eating, one woman to a man whom they call their empress, their wife. No alcoholic beverages and meat is served in the house hold. The culture requires a discipline life style if you are to practice the religion.

History of the Term “Dreadlocks”

The word is formed from dread, a feeling of aversion, and locks, or curls. Contrary to the popular belief, the word dread does not symbolize from the fear East African warriors induced in their victims. The Rastafarian word dread means fear of the Lord and is also expresses the feeling of alienation from contemporary society. The term likely developed with the Rastafarian culture and religious movement. 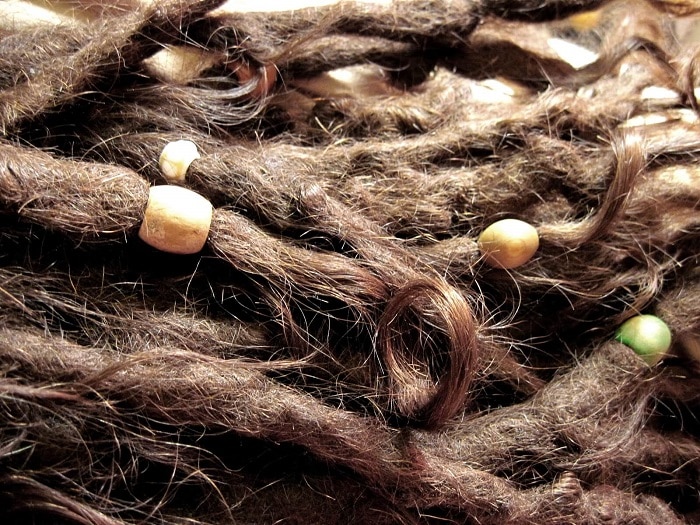 History of Dreadlocks in the ‘70s

Dreadlocks were made popular by reggae music and have been also called Jamaican dreads. Reggae artists like Bob Marley made dreadlocks more accepted worldwide with their success. This resulted in the popularity of dreadlocks spreading from Jamaica to the USA and beyond all borders. Many other artists wore their hair dreadlocked: authors, actors, rappers, or athletes. In the 80s, it was Comedian and Actress Whoppi Goldberg who brought the locks to mainstream America and gave notoriety with her locks.

The modern version of Rastafarianism in Western societies includes, apart from wearing the hair in dreadlocks: avoidance of alcohol, vegetarianism, and ritual use of marijuana. With the modern Rastafarian look, some people have use the razor and scissors to get welled groom dreadlocks.

Given their popularity, though, not all who have dreadlocks today are Rastafarians. Because dreadlocks do not belong to the Rastafarian culture or to any group, the dread is worn as a fad, a style. They go beyond spirituality, religion, or race and shave around the rim (face), in order to look well groom. Men go to beauty parlor as part of their grooming to wash their dreadlocks down to the scalp. Empress wear their locks both religiously and fashionable.

Empress of Rastafarian Religion along with the trendy look of a locks.

To add to their grooming, they will often get a style to the dreadlocks which may include shaving around the lower part of their head or trimming the ends. The reality is locks are trendy and now people are starting to understand that traditionally, the history of the hairstyle goes back to the BC.  While Dreadlocks are now worn universally and in many cases accepted as the norm, it is still commonly associated with Jamaica. As people move around the world and see the locks, as Dr. Ashe state, “It’s almost as if the cultural DNA of the hairstyle is Rasta, Jamaica, Reggae Music…”, the professor went on to say that, “…It’s 2017, Bob Marley died in 1981, and the connection still seems to be there.”