Jamaican Sugar: A Sweet Treat with a Bitter History 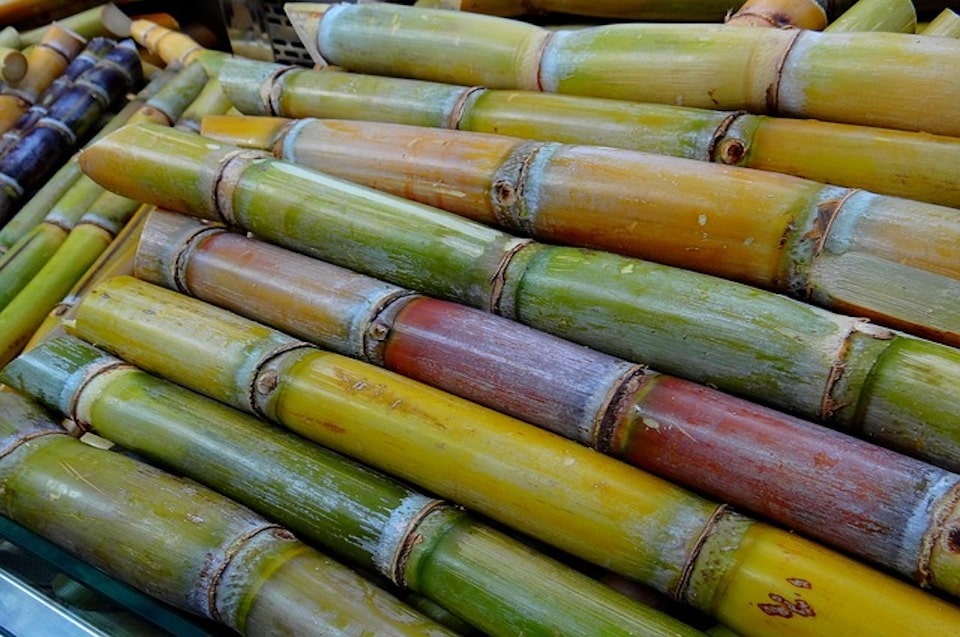 When many people think of the Caribbean island of Jamaica, they think of sugar production. And if you are planning on visiting, or want to learn more about Jamaica, it makes sense to be curious about it. The history of this sweet treat is quite bitter, it turns out.

When I was a child, we visited Jamaica, and my first memory was pulling over to pick some sugar cane for my brother and me to sample. Years later, and even with the advent of artificial sweeteners, sugar is still a thriving industry in Jamaica, but is its history as sweet as you’d imagine?

More than half a millennia ago, Arawak Indians inhabited the Caribbean island we now know as Jamaica. The peaceful Arawaks originated in South America. The island was called Xaymaca at the time. In 1494, Christopher Columbus landed upon Xaymaca in his second visit to the New World. He renamed the island St. Lago.

Within a few years, Spanish settlers arrived, hoping to get rich off the lush and bountiful land. They cruelly forced the native people to work raising cattle and pigs. By the end of the 16th Century, the Arawak population, thanks to inhumane working conditions and no immunity to the diseases brought from the old world, was wiped out.

Instead of learning their lessons, the Spanish smuggled slaves from Africa to work the fields. First, they had them work the tobacco fields and then later the sugar fields. Sugar came to Jamaica in the mid-17th Century with the Dutch. Despite the wealth of natural resources, the Spanish were disappointed in the lack of mineral resources, like gold. When the British invaded the island in 1655, the Spanish relented without much of a fight. They soon fled back to Spain, but not before freeing their slaves, who came to be called “Maroons.”

Sugar didn’t become a popular crop until the British took over the island. Their goal was to raise crops that would have a market in England. Jamaican sugar, which was a perfect accompaniment to British tea and baked goods, became so popular that 57 sugar estates in 1673 turned to more than 430 by 1739. At one point, 80-90% of sugar in Europe grew in the Caribbean.

Since the Spanish had all but wiped out the native population, the British needed labor, so they imported African slaves to work the sugar plantations.

The slave trade became a popular and profitable venture for the colonists. In fact, the transportation of slaves became such a regular affair that the journey from Africa to the West Indies became known as the ‘Middle Passage’. The voyage was so named because the journey of a British slaver was 3-sided, starting from England with trade goods, to Africa where these were exchanged for slaves. Afterwards, the journey continued to the West Indies where the slaves were landed and sugar, rum and molasses taken aboard for the final leg of the journey back to England.

How the Slaves Lived

Not surprisingly, the British treated the slaves as sub-human. They worked long hours under inhumane conditions. There were several slave rebellions and many ran away to join the Maroons.

After two major Maroon wars, the British and the Maroons signed two treaties, in 1739 and 1740. In exchange for their freedom and land, the Maroons helped capture the escaped slaves. That tactic was too little too late, though, and the rebellions, combined with the humanitarian objection to slavery, brought about the abolition of slaves in 1808. They were granted full freedom 30 years later.

The 18th century was a boom time for Jamaican sugar. Growers changed their main crop from cotton and tobacco to sugar cane. It soon became Jamaica’s largest industry.

When the British took Jamaica from the Spanish, they opened the shores to Jewish immigrants, primarily from the Netherlands (although some say that Columbus brought Jewish people to the island). Many of the Jewish residents were gold traders and sugar merchants.

While most people think of pirates as rogue sailors, many worked for European governments. The French, led by Napoleon, prevented British ships from trading with most of Europe. The cost of sugar began to fall. At the same time, sugar beets, which are less pure, but able to withstand harsher weather conditions, slowly replaced sugar cane.

War was a regular way of life for the British, who were constantly fighting the French or the Spanish. At one point, Jamaica became a hub to piracy. Until the 19th Century, as sugar prices continued to fall, piracy was the number one industry in Jamaica. The city of Port Royal, just across the harbor from Kingston, was both the headquarters for the Royal Navy in the Caribbean and the unofficial headquarters for the Pirates of the Caribbean, a surprising number of whom were Jewish. The most famous Jamaican pirate was Captain Henry Morgan, whose likeness now graces a brand of rum, which of course, comes from sugar.

Early on, sugar production was time-consuming and laborious. The workers pressed the juice from the cane and poured into a large kettle where they heated it until nearly all the liquid evaporated. Then, they transferred the syrup to another smaller kettle, and another, until the liquid was gone. They called the process the “Sugar Train,” the “Spanish Train,” or the “Jamaican Train.” The process was expensive and dangerous to the workers. There was also a significant amount of wasted and burnt sugar.

Norbert Rillieux, an American inventor and a black Creole from New Orleans, set out to improve the sugar process after his brother and cousin began building a sugar refinery in Louisiana. The refinery never took off, but in 1834 and 1843, Rillieux patented a steam-run multiple-effect evaporation system that used a vacuum chamber to lower the boiling point. Inside the vacuum chamber was a series of pans. When the bottom pan was heated, the steam heated the pans above. The entire process was much safer for workers, it kept the sugar from burning and it prevented loss from a transfer.

The Jamaican Government and Cane Sugar

Until the 1970s, the sugar industry was primarily private — owned by plantation owners. In the 70s, the government purchased most of the land and leased it back to its owners.

Great Britain granted Jamaica its independence in 1962. Today, it’s a democracy with thriving agricultural and tourism industries. Sugar is the third largest industry in the country and its largest employer. Its impact on the world’s sugar market has shrunk significantly, thanks in part to sugar beets. They are still easier to grow and cheaper to process. To this day, locals stock sugar cane in their refrigerators to chew on.

Jamaica’s sugar market is doing quite well, though. This year, sugar output is up more than 50 percent.

Many Jamaicans, though, question the long-term sustainability of the sugar industry. Thanks to European trade agreements, the sugar trade is not paying its own way. Jamaican sugar costs are higher than world market costs. Labor is more expensive than in African countries. According to some, Jamaican sugar costs the country more than it brings in. Still, more than 50,000 Jamaicans work in the sugar industry.