Welcome to Jamaica: Attractions and Must-Haves 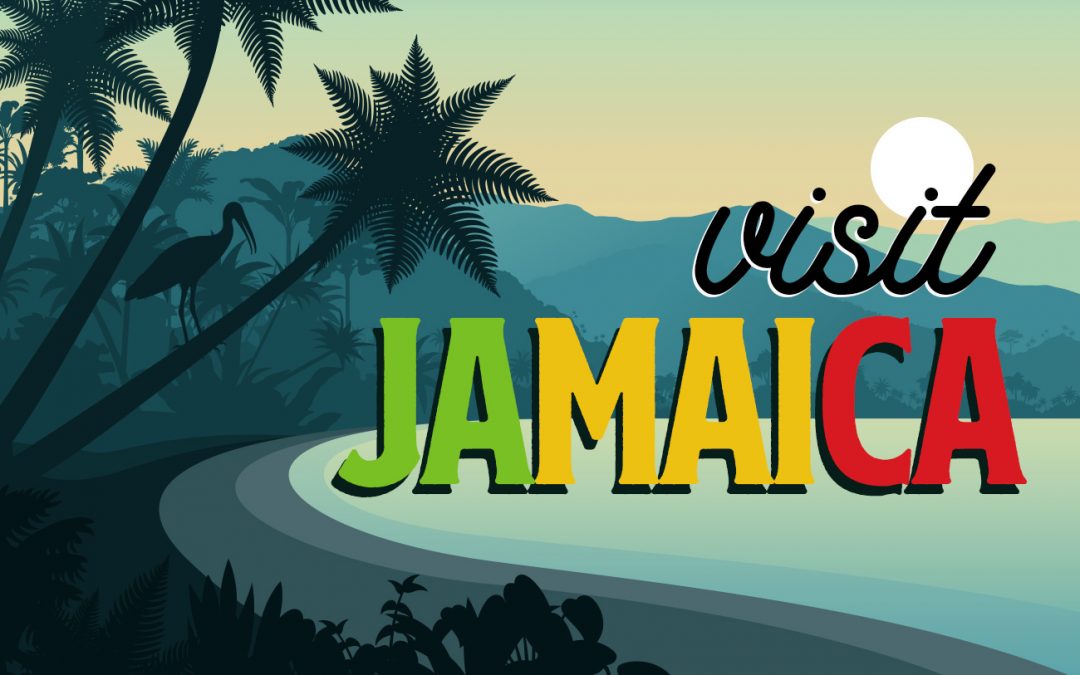 Situated in the Carribean Sea, Jamaica is the third-largest island country of the Greater Antilles. Jamaica is situated 90 miles south of Cuba and 119 miles west of Hispaniola.

With a population of 2.9 million, Jamaica is the third-most populous Anglophone country in the Americas. (1)

Although the country has a low population, it is an upper-middle-income country, dependant on tourism. One of the reasons that Jamaica has managed to have a good economy is due to the number of tourists that visit the country each year.

Since Jamaica has more tourists annually than inhabitants, what are the reasons that tourists flee to this island country?

One of the ways that Jamaica gained a strong global presence for its culture is through music. Artists such as Busta Rhymes, the Notorious B.I.G are of Jamaican descent. The country’s biggest musical export is Bob Marley.

Considered one of the pioneers of reggae, Marley sold millions of albums with hits such as No Woman No Cry and One Love. 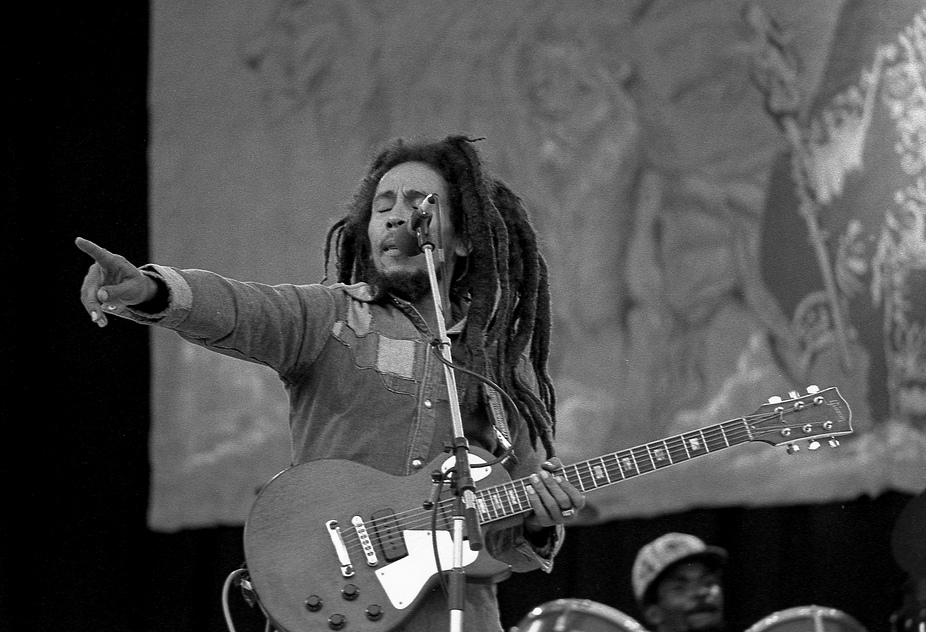 Opened in 1987, The Bob Marley Museum is a tribute to the musician. Located at 56 Hope Road, Kingston 6, the museum was Marley’s former residence. The museum is open daily and charges $25 for adults and $12 for kids 4-12 years old. (3)

The most famous house in Jamaica is the Rose Hall Great House, a 1770s mansion that John Palmer owned.

The attraction at the mansion is the legend of Annie Palmer, whose ghost is said to haunt the house. Situated on the 6,600-acre Rose Hall Plantation, the Great House is a restored Georgian style mansion located in Montego Bay, 1.8 miles east of Ironshore.

Tourists have options between a day tour or a spooky candlelit dinner that’s supplemented with tales of ghost sightings. Children under 12 aren’t permitted at night. The entry of the mansion is by tour only. Tickets for adults are $20, and children pay $10. Other packages, ranging from $29-200, are also available. (4)

Another gem that tourists can explore is the Firefly Estate, located 6 miles east of Oracabessa and near Ocho Rios. The estate was the burial place and vacation home of Sir Noël Coward, an English playwright, director, composer and actor. 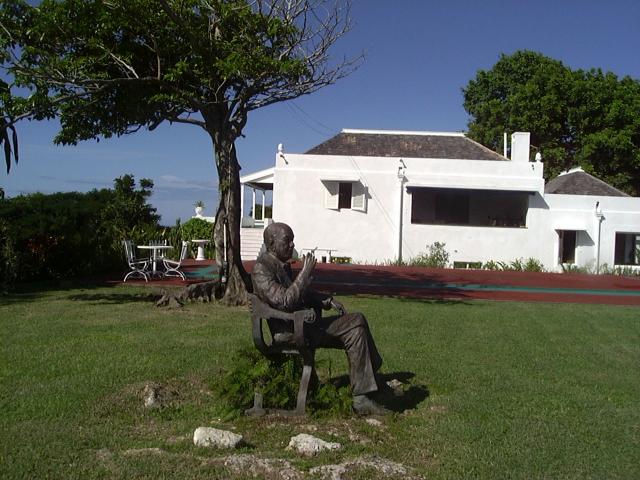 Firefly is open to the public seven days a week.

A movement deeply entrenched in the Jamaican culture is Rastafari.

To get a good glimpse into the culture, tourists shouldn’t miss out on the Rastafari Indigenous Village, located at the Village Lot 147 Riverside, Montego Bay. It offers an opportunity to experience and learn more about the Rastafari way of life. 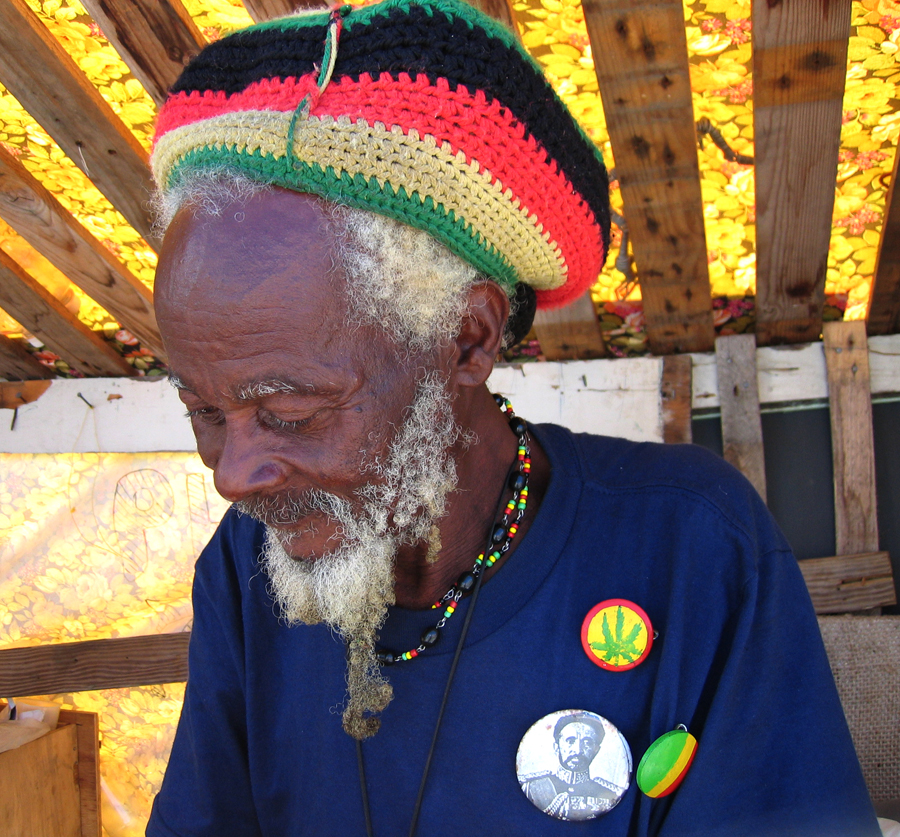 Rastafari follow a vegan diet, so they offer a tour of an organic vegetable and herb garden. Tourists can have a meal with the Rastafari, and the village offers a store with traditional handicrafts and jewelry. The tour includes a performance of traditional drumming and singing. (5)

Tourists who want to take in a collection of early, modern and contemporary art from Jamaican and Caribbean artists will find the gallery to be delightful.

Being laid back and chilling is one of the favorite past times in Jamaica. Many tourists go to Jamaica to take it easy, so it’s no surprise that Dunn’s River Falls is a major attraction.

The famous waterfall is located near Ocho Rios and attracts thousands of visitors each year. The waterfalls are terraced like huge stairs and climbing it has become a popular tourist activity.

The Dunn’s River Falls is 180 feet high and 600 feet long and empties into the Carribean Sea, at the western end. Although most people consider climbing the waterfalls a fun activity, it takes about an hour to complete the climb. 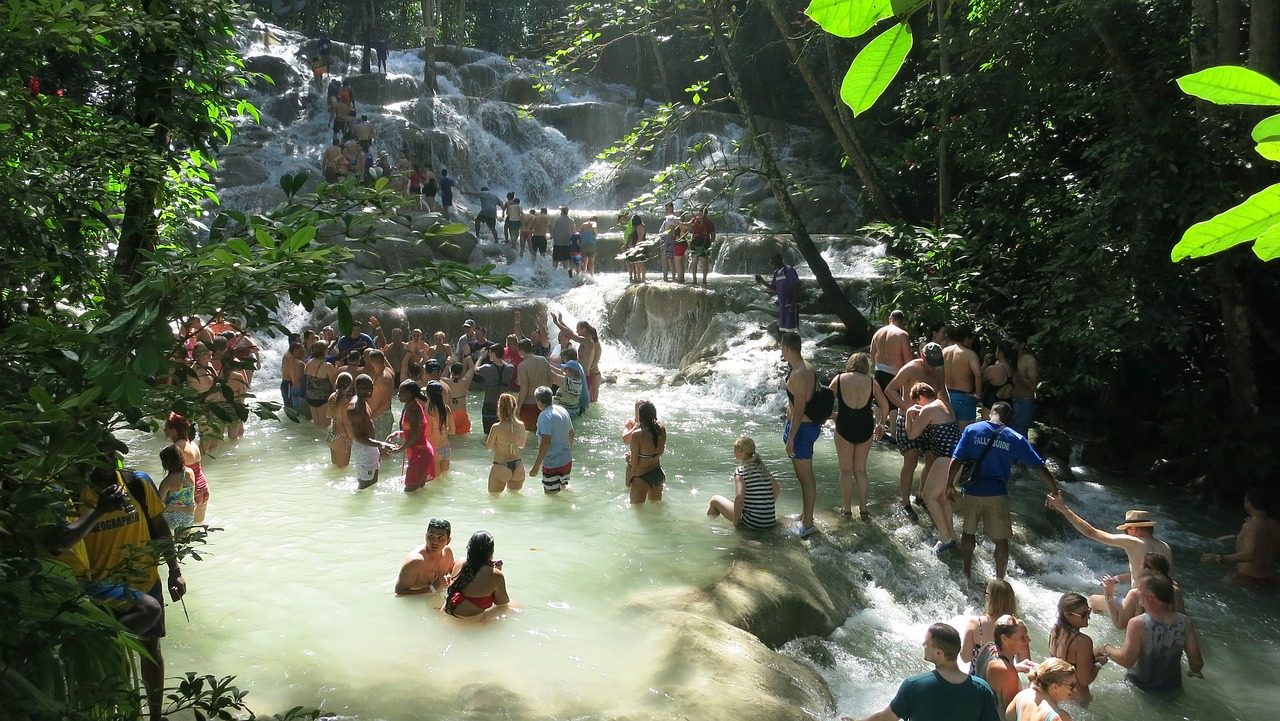 Stairs alongside the falls are available for those who do not want to get wet. The suggestion from the locals to tourists is to visit the Dunn’s River Falls on the day that no cruise ships are at the port.

It seems that Ocho Rios is the place to be if you want to experience water and entertainment. Both of those exist at the Dolphin Cove Ocho Rios.

Dolphin Cove allows tourists to swim with dolphins, camel riding and interacting with stingrays. The other attraction at Dolphin Cove is the Jungle Trail, allowing tourists to experience wild animals, plants and trees.

Considering that Jamaica is an island country, it is home to some of the most beautiful beaches in the world. 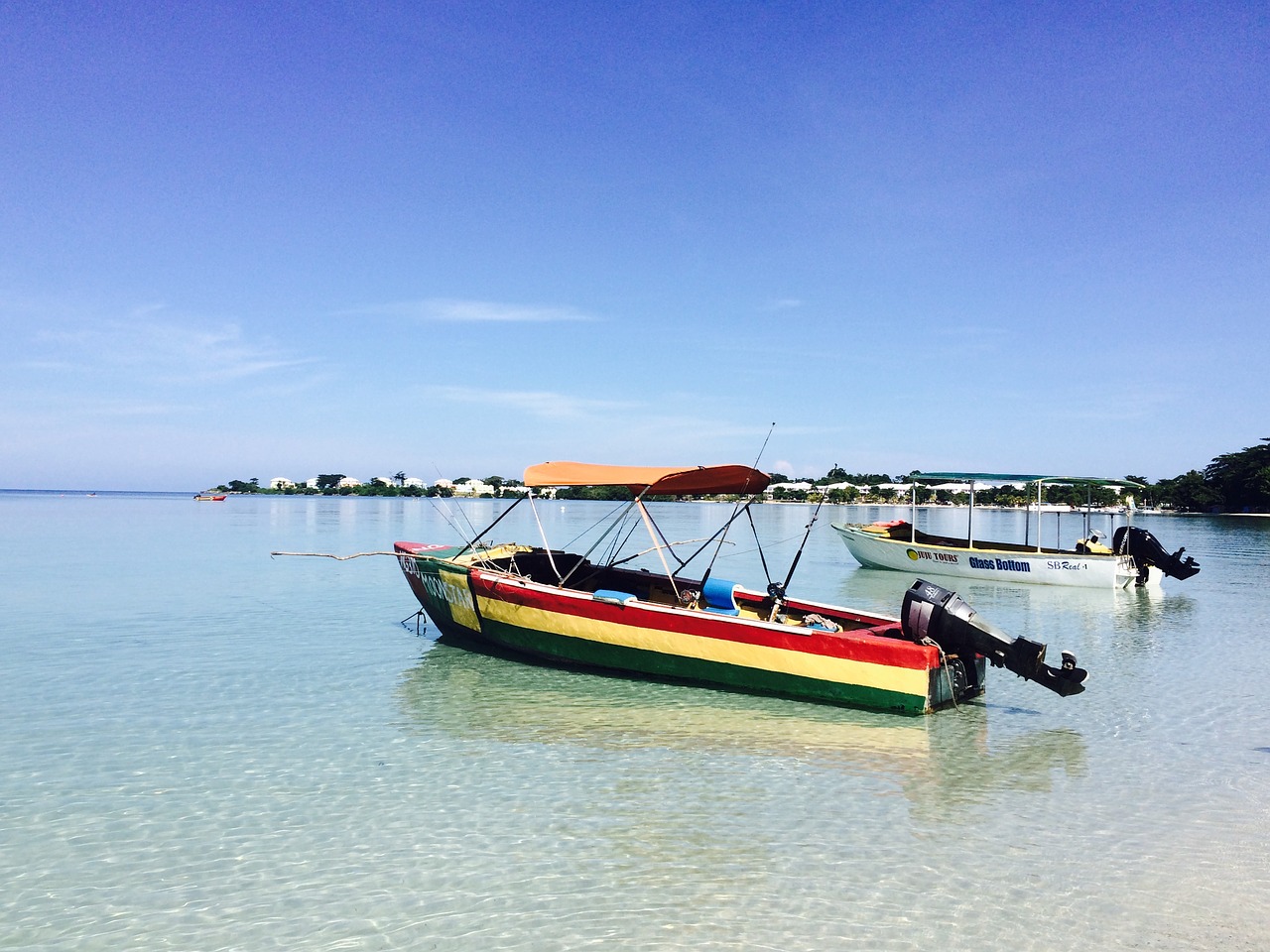 Otherwise known as the Seven Mile Beach, Negril Beach extends from Bloody Bay to Lond Bay and the Negril Cliffs, south of town.

Doctor’s Cave Beach at Montego Bay became popular after a British osteopath claimed in the 1920s that the water had curative powers. The cave that the beach received its name from was destroyed by a hurricane in 1932.

Tourists who want to experience as much of the water as possible can also visit Port Antonio, the Rio Grande River, the Blue Hole at Ocho Rios, Black River Safari boat tour and rafting at the Martha Brae River.

After making trips to the historical sites in Jamaica and relaxing on one of its beautiful beaches, tourists try the local delicacies before retiring for the night. 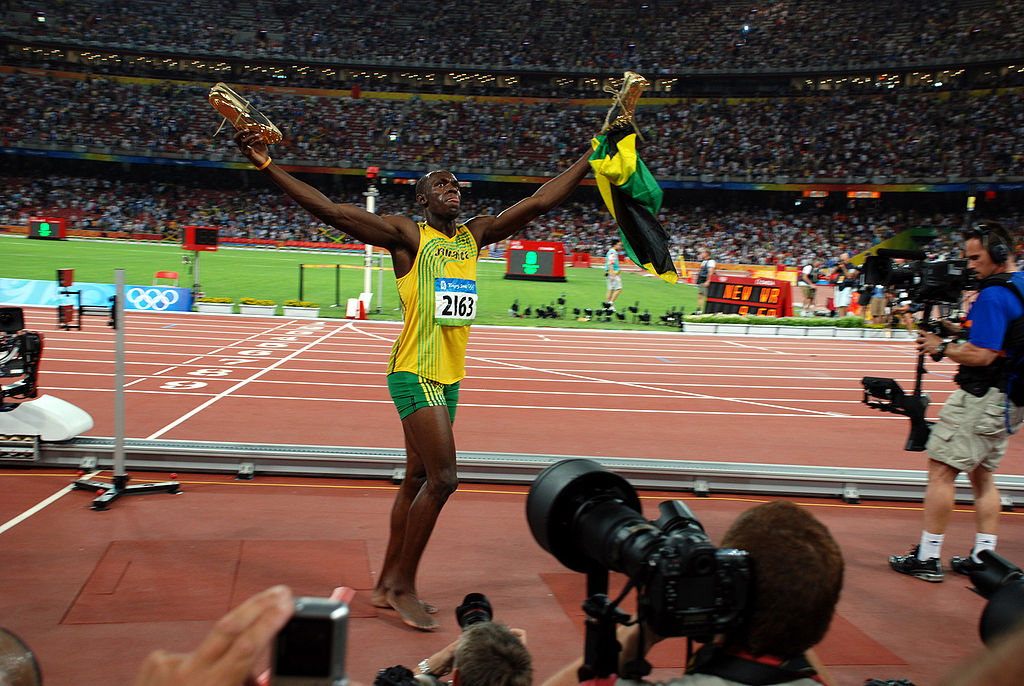 Usain Bolt is a Jamaican Olympic athlete who has set several world records, but he has a restaurant named after him. Usain Bolt’s Tracks and Records is a sports-themed bar and restaurant located in Kingston. It boasts Jamaican food and music while broadcasting sporting moments on large screens. Some of the dishes served are the jerked sausage, chicken and shrimp kebab and a cobb salad.

If there’s one thing that you have to try when you’re in Jamaica, it is the Jamaica Blue Mountain Coffee. This coffee was introduced in 1728 and grown in the Blue Mountains of Jamaica. 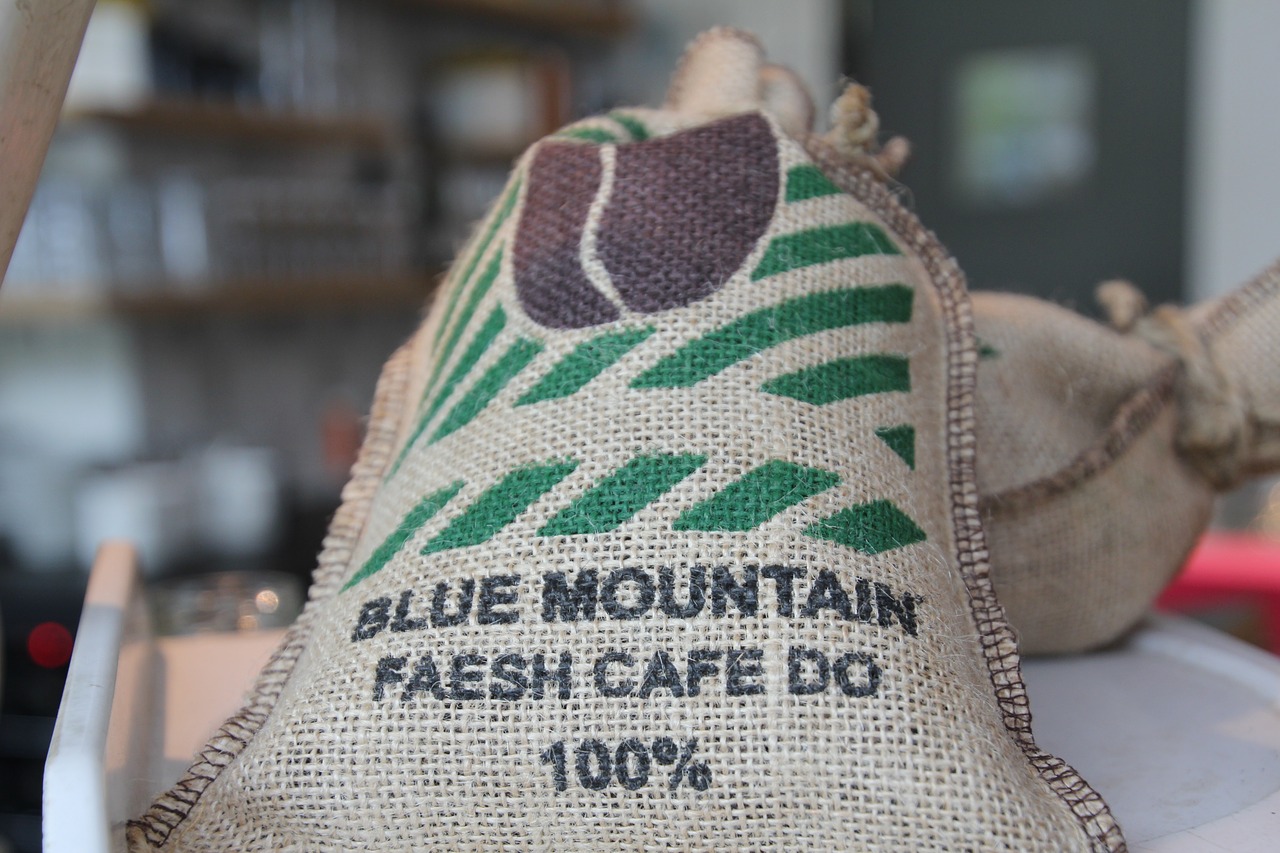 Clifton Mount is a private company and located at one of the best Blue Mountain Coffee Estates in Jamaica and is the largest exporter of the coffee. That’s definitely worth a visit if you are a coffee lover.

Other restaurants ranked as the best in the country include Belinda’s, Murphy’s West End, Scotchies and Chill Out Hut. (8)

Fun is the name of the game when you arrive in Jamaica. Almost everybody in Jamaica is laid back and wants to have a good time.

Explore the Sunken Pirate City if you want an underwater adventure. Port Royal is located at the mouth of the Kingston harbor and had a reputation for being the wealthiest and most wicked city in the world.

What remains of the city lies under 40 feet of water since a massive earthquake in 1692 hit Port Royal. If pirates and underwater cities are your things, then the Sunken Pirate City is a must-see.

The Green Grotto Caves are a prime tourist attraction in St. Ann. Receiving its name after the green algae that cover its walls, Green Grotto Caves showcase stalactites, stalagmites and other dripstone formations. The innermost cavern has a crystal-clear underground lake.

Spaniards used the Green Grotto Caves to hide from the English when they invaded the island in 1655. (10)

Cool Runnings was a movie based on the Jamaican Bobsled team that debuted at the 1988 Winter Olympic Games in Calgary, Alberta. Well, the movie isn’t the only feature to carry that name as the Kool Runnings Water Park is a major attraction at the Norman Manley Blvd.

Another popular adventure location is Mystic Mountain. What makes it so special is the combination of beautiful scenery and adventure. The Mystic Mountain Adventure Park is located in Ocho Rios and offers tours suited for the whole family such as bobsledding, sky exploring and ziplining while overlooking picturesque scenery.

With so much to experience, Jamaica is one of the most sought-after tourist destinations in the world. Not only does it offer unique cultural sites and adventure parks that provide fun for the whole family, but it’s also home to some of the world’s best coffee and divine food.

Since it’s got so much to offer, what are you waiting for?