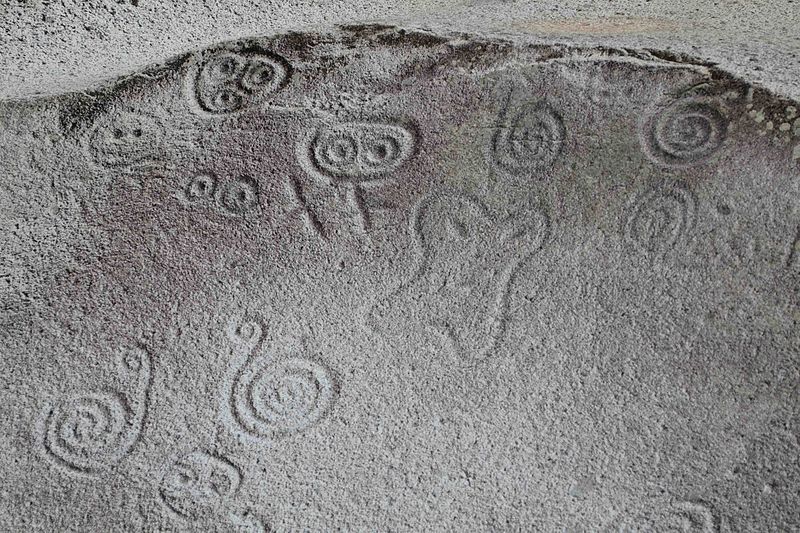 Do you know the fascinating history of Jamaica’s ancient inhabitants: the Taino?

The more you learn about the history and culture of this amazing country, the better you’ll appreciate the time you spend there. The Tainos once populated most of the islands in the Caribbean, including Jamaica.

Long before Europeans took over those islands, the Taino people lived there. Their culture, language, and customs still influence the Caribbean to this day. In this guide, we’ll take a look at the historical impact they left on Jamaica and on the world.

Who Were the Taino People?

The Taino originated around the Orinoco Delta, in what is now eastern Venezuela. The Arawak tribes that populated this river delta traveled in boats from their homeland and gradually spread across the Caribbean islands. This settlement movement started at about 400 B.C.

Arawak people also traveled to South America, where they became known as Lokono. However, the tribe members who moved to the Caribbean were called Taino, a word that means “noble” or “good.”

Of course, the islands the Taino traveled to already had inhabitants. The name Taino was used to distinguish between their group and the other tribes. These new immigrants interacted with the other tribes, and also developed their own communities on some islands. Their population was most notable on eastern Cuba, Hispaniola — where Haiti and the Dominican Republic are now located) — the Virgin Islands, Puerto Rico, the Bahamas, and Jamaica.

The Taino Indians had a thriving culture and dense towns when European invaders first arrived.

The History of Hispaniola

Taino people had as many as three million inhabitants on the island of Hispaniola alone by the late 15th century. They also had many smaller towns on other Caribbean islands.

The Spanish invaders wrote of Taino towns that were densely populated and highly organized, spreading far across the Caribbean. These Europeans were fascinated with some aspects of the Taino culture. Such as games played with rubber balls. Europeans had never even seen rubber before.

Columbus noticed that the Tainos were a generous people, which sadly might have been what helped the Spanish colonizers take over. As Columbus wrote, “They will give all that they do possess for anything that is given to them, exchanging things even for bits of broken crockery.” He went on to say, “They do not carry arms or know them… They should be good servants.” Already, it appears, Columbus was thinking about how he could enslave the Taino Indians for his own ends.

Two years later, in 1494, Columbus established a colony on Hispaniola’s northern coast. The Europeans and the Taino coexisted peacefully for a brief period, but their peaceful relations soon fell apart.

Dominican Republic is a country located in the island La Hispaniola, in the Caribbean. In 1492, the colony of Santo Domingo became the first permanent European settlement in the New World. pic.twitter.com/FDmeLQljf9

The Spanish colonizers began forcing Taino men to work in Spanish mines and plantations. This took the Taino away from their historic crops, leading to a lack of food. But, food shortages were just one problem the Taino faced: outbreaks of European diseases like measles and smallpox also took a toll on their population.

Many Taino Indians fell in battle against the Spanish, and others left the area in search of more peaceful surroundings. Eventually, Taino women began to marry Spanish men. This led to a new population of people with both European and Taino ancestry, known as “Mestizos.”

This all happened quickly — a 1514 survey showed that as many as 40 percent of the Spanish men had Taino wives. When the Europeans began to bring slaves from Africa to the Caribbean, some Tainos married those slaves, too.

This combination of factors led to the Tainos quickly becoming wiped out. As their population was decimated, their language and culture began to be lost. Thanks to historical records, though, we still know a little bit about the Taino Indians.

The Taino didn’t have a written language, but they did have an elaborate culture.

They grew crops including beans, yuca, maize, sweet potatoes, and more. They knew how to extract cyanide from the yucca plant, and even made pepper gas to use during the war. Tainos utilized natural medicine to treat their people.

They also traveled extensively, building canoes that could hold as many as 100 people at a time – sometimes even more. A number of cultural games brought the people together, including games using the rubber balls that the Europeans found so impressive.

Art was an important part of the Taino culture. They made beautiful pottery, carved religious statues out of shell, wood, stone, and bone, and used dyed cotton to make elaborate belts.

Their religion involved icons called cemis or zemis, which represented ancestral spirits or deities. These spirits lived inside the statutes, according to their beliefs. The people consulted them for healing or advice. They also worshipped a fertility goddess and a creator god, according to the records kept by the Spanish invaders.

Taino Indians used hallucinogens as part of religious ceremonies. These ceremonies and the hallucinogenic plant they used were both called cohoba.

The spoken Taino language soon became extinct after the Europeans arrived. Some scholars think it took as little as 100 years for the language to die out. However, modern-day scholars are working to put the Taino language back together based on the information we still have.

Have you seen the Petroglyphs at Reef Bay in St. John?
Ken Wild's article, "Understanding the Petroglyphs" is fascinating!
You can read more about the Taino culture here ==> https://t.co/XOiQiWPuMF pic.twitter.com/TXdD8EskoV

What Happened to the Tainos?

Once the European invaders arrived, life for the Taino Indians was forever changed – and not for the better. The Europeans devastated the Taino, both through intentional acts such as slavery and through other problems like disease.

It took only a few decades for most of the Tainos to be wiped out. Disease was the biggest factor that caused the population to decline so fast – the natives didn’t have any immunity to diseases that came from Europe.

The Taino religion, customs, and society all fell away under the European rule. Christianity became the dominant religion on the islands. And people spoke the languages of the colonizers, including French and Spanish. The Tainos ended up the way many cultures facing an invasion do: extinct– and believed to be so until quite recently.

Tainos in the Modern Day

Eventually, new research led people to challenge the idea that the Tainos had gone extinct.

Of course, the Taino influence could never be entirely stamped out from the Caribbean — no matter what the colonizers did. Words like “hammock,” “canoe,” “tobacco,” and “hurricane” can all be traced back to the Taino language. Many scholars have added to our knowledge of their culture. This is thanks to archaeological sites that provide us with bits and pieces.

However, a number of people have always believed that the Taino didn’t quite die out. After all, many of the Spanish colonizers married Taino women, and other Tainos married slaves from Africa, passing on their DNA.

Some modern residents of the Caribbean claim to be Taino descendants and even use some of their ancient traditions. But it took a modern understanding of DNA to see how much Taino ancestry these people have, truly.

Recent DNA evidence has helped paint a clearer picture of what happened to the Tainos. Researchers have sequenced DNA from an ancient tooth that belonged to a Taino woman. They used this information and determined much Taino DNA Caribbean people still have.

These researchers found that Taino DNA was still fairly strong in some Caribbean populations. In Puerto Rico, for example, most of the population has as much as 10 to 15 percent of their DNA. It was always known that some people in the Caribbean had native ancestry. However, it took a Taino DNA sample to show that the ancestry was Taino, and not from other native populations.

Although no one alive today is fully Taino, this research shows that the ancient population didn’t completely go extinct, either.

The Future of the Taino People

Although nothing can undo the damage done by European colonizers, modern research efforts are helping the world better understand the Taino people.

Efforts to restore the language and discover where the Taino DNA ended up have shed new light on how the Tainos influenced the Caribbean. Even better, this knowledge can help modern-day Taino descendants connect more closely with their ancestors.

As efforts to unlock their history continue, the world is learning more and more about the amazing ancient settlers of the Caribbean. When you visit Jamaica, your experience reflects the Taino people — even if you can’t see them.

Featured Image: CC by 2.0, by Geoff Gallice, via Flickr