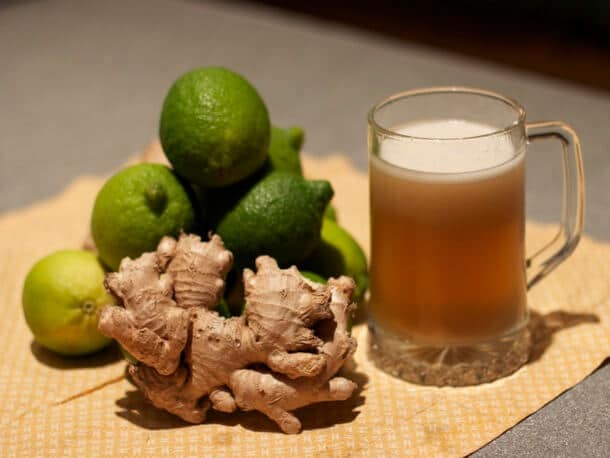 Traditional Jamaican ginger beer is a non-fizzy beverage that is naturally sweetened. Although it is a non-alcoholic drink, its fermentation leaves traces of alcohol. Jamaican ginger beer is produced by the natural fermentation process of ginger, lime juice, sugar, and water. It can be tailored to anyone’s taste by making it extra sweet or extra potent in its gingery spice.

Ginger beer is a popular refreshing beverage in Jamaica. It is often consumed by itself, but it also goes well with a spicy jerk chicken dinner or pork. Here, we will discuss not only the history of Jamaican ginger beer but also how to make it and where to find it.

Ginger beer recipes were some of the first carbonated drink recipes in history. The rich and gingery flavor of ginger beer is still popular today. Homemade Jamaican ginger beer has a pleasant and unique flavor, providing a spicy, yet fresh drink. While some only drink this during the holidays, this beverage is enjoyed in Jamaica all year round.

The origins of ginger beer date back all the way to the colonial spice trade with the Eastern world and the Caribbean, which were sugar-producing islands. During the 13th and 14th centuries, ginger was among the most popular spices for trade, along with black pepper. It was common worldwide during the 18th century and beyond. While ginger is predominately the spice used in this drink, other spices have been added at times throughout the years. Jamaican ginger beer’s alcohol content has had a lifelong limit of 2% due to excise tax laws set in in 1855. Only a few brewers have created a product with more alcohol than 2%.

Although ginger is native to India and China, it is grown worldwide, especially in tropical places such as Jamaica. Ginger was originally consumed for its medicinal purposes, such as its aid in digestion, relief from headaches, and anti-inflammatory properties that helped diseases such as rheumatoid arthritis. It has also been known to sooth sore throats, treat nausea, reduce fat, and improve circulation. However, this strong drink has now become a staple beverage of Jamaican culture.

How to Prepare Jamaican Ginger Beer at Home

Preparing this refreshing beverage at home is simple and requires only a few ingredients.

Although making a alcoholic ginger beer recipe takes some time to sit, the end product is worth the wait. Just set it and let it ferment!

To create authentic Jamaican ginger beer at home, start with one pound of ginger, 1/3 cup of lime juice, and ten cups of hot water. 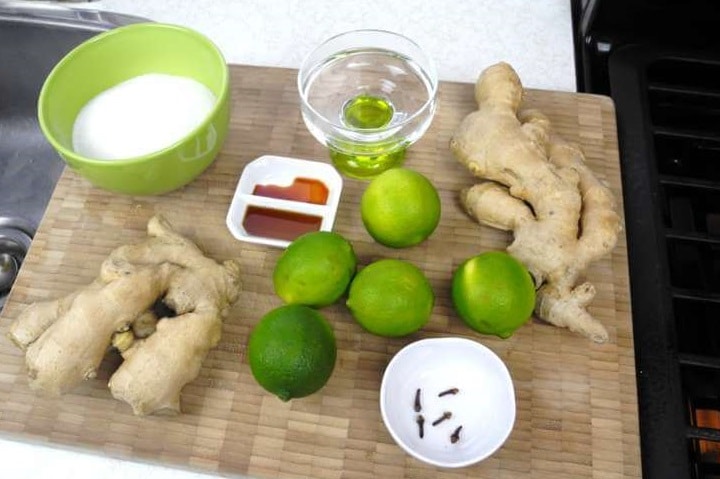 This will create a strong ginger beer that is best served over ice to cut down on its potency. Some choose to add two tablespoons of rum to their finished product. Bottle up your finished product in a clear bottle and store it in the fridge.

This traditional Jamaican ginger beer recipe is as potent and sweet as it is made in Jamaica. It is important to know, however, that the intensity of the flavor of the ginger beer increases with time. This means the longer you store it, the most potent it will taste. If you prefer a mild flavor, add some extra water to dilute it. While traditional Jamaican ginger beer is not carbonated, some choose to add it to soda water in order to not only dilute it but to also carbonate it.

Try It At Home!

Where Can You Try Jamaican Ginger Beer in a Restaurant?

If you are able to take a trip to Jamaica to try their ginger beer locally, 3 Dives Restaurant and Cliff Bar is a great place to do so. Located in Westmoreland, Jamaica, this casual restaurant serves traditional Jamaican food and drinks, providing an authentic taste of the culture. However, Cliff’s Bar is only one of many places around the island that serves the best ginger beer ever.

Recently, Jamaican Beer Company, “Red Stripe”, launched its own ginger flavored beer. The latest brew will be added to their Talawah Beer Company products. Now, Talawah Ginger Beer which contains alcohol and market in Jamaica only will compete with rum giant, “J. Wray & Nephew LTD” & Royal Jamaican Alcoholic Ginger Beer. J. Wray & Nephew also market Ginger Wine. Because of the known goodness of ginger and its popularity, companies, restaurant, street vendors and the common man are being innovative and creative when it comes to ginger. Ginger is added to meals in Jamaican cooking as the Asians are known for in their cooking.

The idea of mixing ginger with other products to create a refreshing and healthy drink has become increasingly popular. Today you can buy many juices such Lemon Ginger, Sorrel Ginger,  Apple Ginger, Carrot Ginger and more. These drinks are sold in many stores across the island. 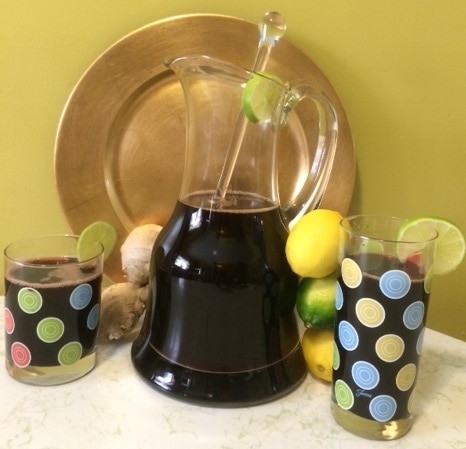 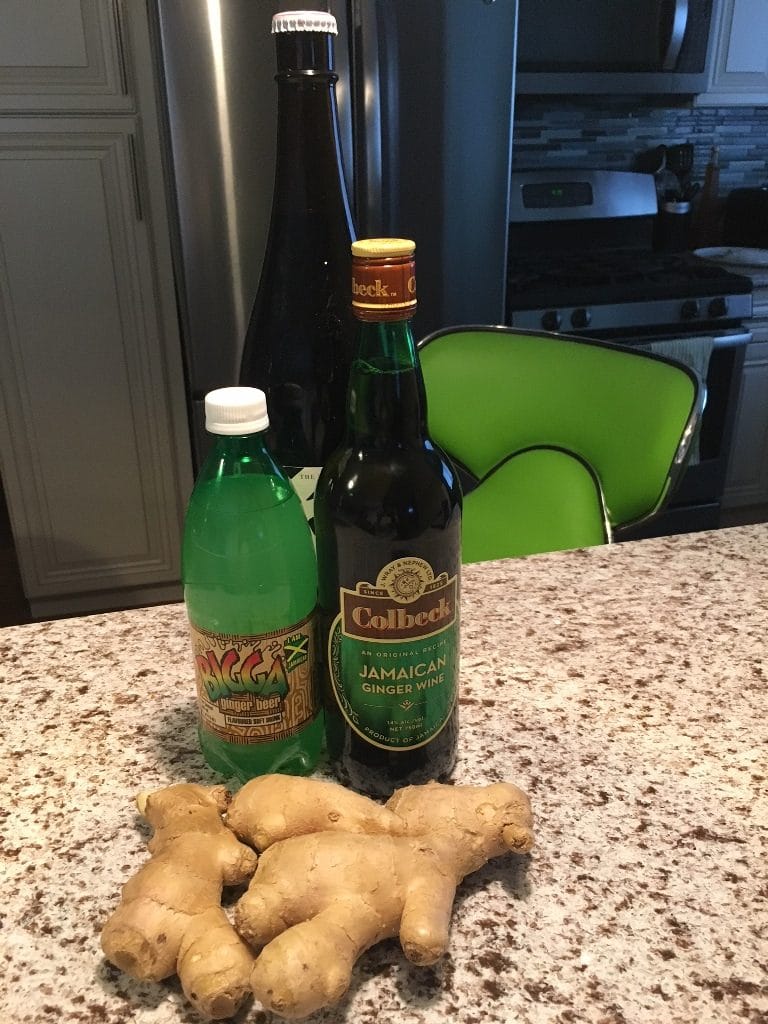 Jamaican ginger beer is not only used for medicinal purposes, but also as a refreshing drink all year round. It can be easily made at home to your liking, depending on how strong or sweet you prefer your ginger beer. Aside from creating a bit of a mess, this is a simple drink to make with only a few ingredients required. Share your favorite recipe for Jamaican ginger beer and also what you like to serve with it.